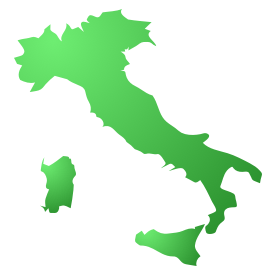 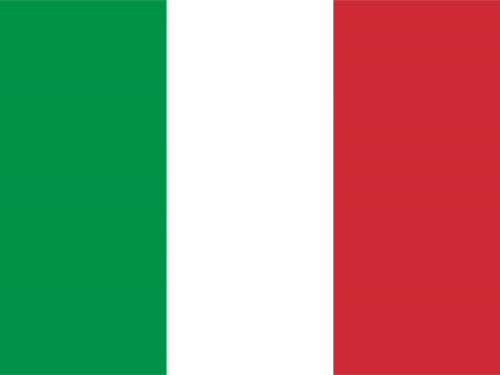 Italy's central location in Southern Europe led to many different cultures and people inhabiting the region. Artifacts have been found dating back 850,000 years. Since then, Phoenicians, Carthaginians, Greeks, Etruscans, Celts, Latins, and Romans have all settled in this area. The rise of the Roman Empire brought many of these communities together across the peninsula as it expanded its territory into Europe, North Africa, and Asia. The Renaissance began in the 15th century in Italy. It brought with it a renewed interest in science, exploration, and art. Many famous scholars and artists, including Leonardo da Vinci, Michelangelo, and Sandro Botticelli lived during this time. Since its defeat in World War II, Italy has enjoyed prolonged economic success and become a highly developed country.

Soak in the beauty of the architecture and history of the capital of the Tuscany region.

Famous for its fashion, entertainment, and art, Milan is the 2nd largest city in Italy.

This ancient port city is famous for its leaning bell tower.

Home to over 900 churches and 280 fountains, this historic capital city should not be missed.

This beautifully unique city was built in a lagoon and connected by narrow streets, canals, and over 400 bridges.

Known as the "Queen of Roads", this ancient road was built in 312 BC to move military supplies.

This arch was built in the 19th century to celebrate peace between European nations.

Visit the burial place for the Medici family, a rich and powerful family of rulers in Italy.

This castle was built in 1450. It was converted to a fortress in 1526 before being restored to its current state today.

This breathtaking Roman Catholic cathedral was constructed in the 11th century.

Enjoy panoramic views of Florence from the top of the third largest church in the world.

Explore the ancient amphitheater where gladiator battles entertained crowds of up to 80,000 people.

Built in 1340, the palace remains one of the main landmarks of Venice.

Climb to the top of the leaning tower that draws over 1 million visitors a year.

Overlooking the gallery of statues, the town hall houses many famous paintings and works of art.

This well preserved temple from ancient Rome was built to "honor all Gods".

Once the only bridge over the Arno River, the bridge has become a lively spot for visitors to explore.

The oldest bridge spanning the Grand Canal, shops were added in the 15th century to pay for its maintenance.

An open-air location where important political, religious, and other social events took place in ancient Rome.

Built in 1732, climb the 135 steps for picturesque views of the surrounding piazza.

Visit this impressive Roman Catholic church that dates back to the 11th century.

Visit this huge 300 year old fountain and take part in the fun tradition of throwing a coin in over your left shoulder.

Completed in the 1930's, the monument honors Victor Emmanuel II, the first king of a unified Italy.