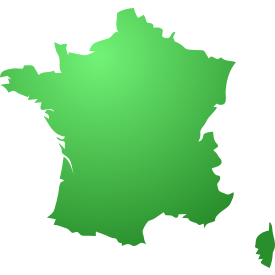 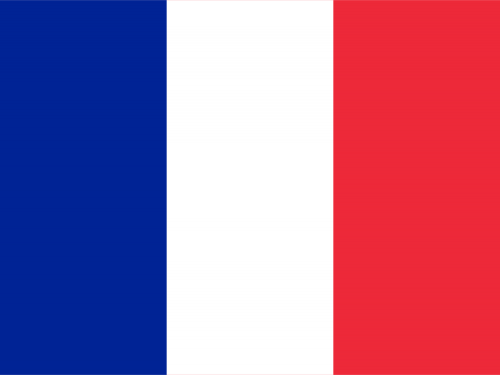 France's rich history dates back to the Palaeolithic era. First settled by the Gauls during the Iron Age, the region has been controlled by Rome and the Germanic Franks. The French Renaissance took hold in the 14th and 15th century. Culture and art developed and flourished into the 17th century. World exploration and the establishment of a global colonial empire expanded France's presense and importance in the world. The French Revolution in 1789 led to one of the first modern republics. France would reach it's peak military and polical power under Napoleon Bonaparte in the 19th century. It was a major participant in World War I and an Allied power in World War II. Today, France continues to be a leader of art, science, and philosophy.

Looking for sun, sand, and stunning views then you need to visit this seaside city in the French Riviera.

From the Eiffel Tower to the Louvre, Notre Dame and much more, the "City of Lights" has it all. Climb to the top for beautiful views of the Eiffel Tower and the Champs-Élysées. This large Roman amphitheatre from 90 AD is still in use today. See where British forces stormed this Normandy beach and built a Mulberry harbour to bring men and supplies to the front lines. Visit the beautifully restored medieval fortress that dates back to the Gallo-Roman period. This world famous landmark is a must visit on any stop to Paris day or night. Step onto the beach where the Canadian Army invaded and pushed farther into France than any other landing force on D-Day. See the Mona Lisa and over 35,000 other works of art in the largest art museum in the world. Explore the beautiful home and inspiring gardens of the famous artist Claude Monet. Accessible at low tide, this majestic town rises from the sea off the coast of Normandy. In Reims, on May 7, 1945, Germany surrendered to Allied forces ending WWII. Pay tribute to the over 9,000 American troops who died in Europe during World War II. Nearly destroyed by fire, this over 650 year old cathedral is one of the most famous in the world. Stand on the beach where the American Infantry and Army Rangers defeated the German army to reach their D-Day objectives. Stand on the beach where over 338,000 soldiers were evacuated over 8 days as the German Luftwaffe attacked from above. The city remains unchanged from the day the German army massacred its 642 inhabitants and destroyed the village. Learn about the surprise attack to take the bridge and prevent German amour from reinforcing troops during the D-Day attack. View the stronghold where American forces scaled the cliffs to capture the highest point between Utah and Omaha beaches. View the well preserved ancient Roman aqueduct that transported water 50 km to the colony of Nemausus. Take in the panoramic views of Paris while visiting the beautiful white stoned basilica. On a sunny day, the massive stained glass windows that surround chapel should not be missed. The westernmost of the five beach landings that took place in Normandy on D-Day.