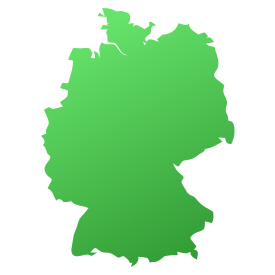 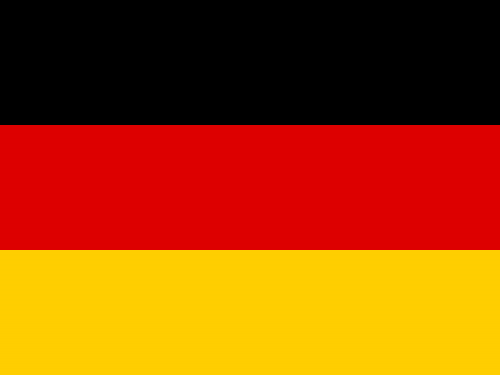 Located in Central Europe, Germany is the second-most populous country in Europe. There are over 83 million people living there.

The region was originally named Germania before 100 AD. In the 10th century it was part of the Holy Roman Empire. Its participation in World War I and the result of losing the war led to the rise of the Nazi party and Hitler's rule. Germany started World War II in 1939 with its push to expand its territory throughout Europe. Further, Hitler's quest to build a pure Arian race led to millions dying in concentration camps, later known as the Holocaust.

After its defeat in World War II, Germany was divided into East and West Germany. It would stay this way until the fall of communism and its reunification on 3 October 1990. Today, Germany is a strong economic power with the largest economy in Europe.

Now united, the city was divided into East and West Berlin after World War II.

14 of the 15 tallest buildings in Germany are located here.

The city and surrounding area were once ruled by the Wittelsbachs family for 738 years. One of the oldest cathedrals in Europe, Emperor Charlemagne was buried here in 814. This 18th century neoclassical monument is one of the best known landmarks in Germany. This German castle is the longest castle complex in the world. Sitting above the town of Obersalzberg, Adolf Hitler’s summit residence was used to entertain important guests. A memorial dedicated to the more than 6 million Jewish victims of the Holocaust. At 157 m, the cathedral is currently the tallest twin-spired church in the world. A majestic castle overlooking the village of Hohenschwangau. This medieval castle was once considered one of Europe's most formidable forts. Established in 1990, the park is located in the Elbe Sandstone Mountains. The Reichstag arson fire helped Hitler and the Nazi party become the dominant party in Germany.