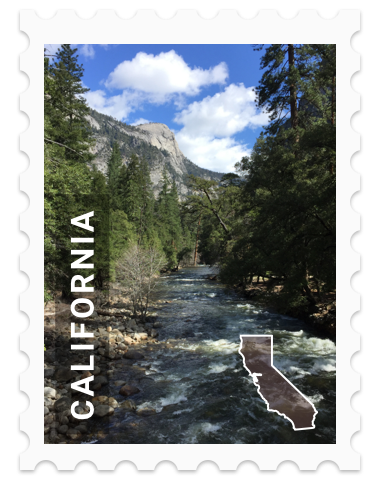 This city of over 4 million people is known for its beautiful weather and entertainment industry.

Explore the city on its cable cars and grab a pic of the Golden Gate Bridge. Known as "The Rock", this maximum security prison was used for high profile criminals until 1963. This iconic "golden" bridge opened in 1937 to connect San Francisco with Marin County. Founded in 1769, it was the first of twenty one missions to be started in California. A series of islands off the coast of California with human activity dating back to over 37,000 years ago. A harsh desert environment that is the hottest, driest, and lowest of all the national parks. View the unique Joshua trees native to the Mojave Desert. Home to 14,000 foot peaks, high mountain meadows, and some of the largest trees in the world. All four types of volcano can be found here including the largest plug dome volcano in the world. Take in the beauty of the towering redwood trees that live for over 1000 years and soar to over 300 feet tall. View the giant sequoia trees including the General Sherman tree, the largest on earth. Enjoy the beauty of the granite cliffs, rushing waterfalls, and crystal clear lakes.