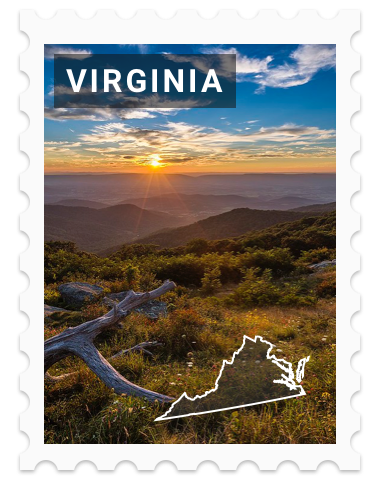 A United States military cemetery where those that have died in conflicts since the Civil War have been buried. Learn about the life of Booker T. Washington, an educator and presidential adviser born into slavery. Explore the site of the battle that ended the American Revolutionary War. The estate of the first President of the United States, George Washington. A long, narrow park located in the rolling hills of the Blue Ridge Mountains.