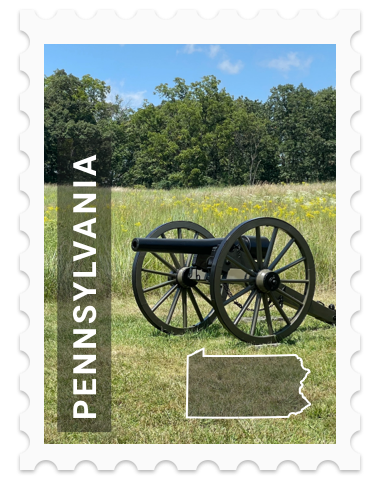 It’s here that the Founding Fathers signed the Declaration of Independence. Visit the only colonial-themed post office still in operation today by the United States Postal Service. The home that is believed to be the location where Betsy Ross sewed the first American flag. Constructed in 1770, the hall was the location of the First Continental Congress in 1774. From 1754 to 1810, the church's tower and steeple was the tallest structure in what is now the United States. Visit the resting place of Benjamin Franklin, and his wife, Deborah. A 3-day battle that would become the turning point for the Union’s victory in the Civil War. The location of both the signing of the Declaration of Independence and the US Constitution. The famous cracked bell is a symbol of freedom. Home to George Washington and John Adams during their presidencies.